News
Interview with Zaan: My life in Pardubice as employee from South Africa

A short description: (Who are you? Where are you from? How long have you been in the Czech Republic and at the University of Pardubice?) 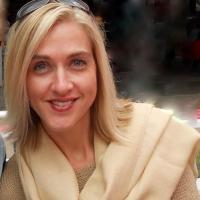 I’m Zaan Bester and am from the town of Stellenbosch, which is near Cape Town, in South Africa. I lived in SA all my life, and was a student and then employee at Stellenbosch University for more than 20 years. Even though I (still) love the university and town, I thought it was time to move out of my comfort zone and go somewhere completely new for a new challenge. So in September 2018 I arrived in Pardubice with a few suitcases and some boxes for a new chapter in my life.

What is your position at the University of Pardubice? Could you describe it?

I work at the Language Centre, teaching English, and I also work for the International Office, working on projects, like writing articles for the university’s website in English.

How is the communication at the University of Pardubice, with your colleagues, are they supportive?

I absolutely love my colleagues: they were friendly and welcoming from the very first day, and I feel very lucky to work with them. They are very good at what they do, and I think I can really learn a lot from them. We laugh a lot, work well together, and are a great team.

How are the Czech students?

The classes here are much smaller than I had in South Africa. Here I have 6 students in a class. In SA I would have between 40 and 50 students in one class! The smaller classes mean that you can really give individual attention to each student, which is a teacher’s dream.

Is it your first professional experience abroad? Why did you decide to live and work in the Czech Republic, in Pardubice?

I had lived in the USA for one year as an exchange student more than 20 years ago, but had not worked abroad before. The decision to come to the University of Pardubice was due to an opportunity that was available here.

Did you hear about the Czech Republic before you came? And if so, what did you know about it?

When I was younger, I knew about Czechoslovakia, and that it was behind the “iron curtain”. As a child, I didn’t quite realise what that meant, and thought it was an actual metal structure. Martina Navrátilová was my favourite sport star when I was growing up – so much so that I told my childhood tennis coach to call me that. I visited Prague in 2014 for the first time, and fell in love with the city.

Was it complicated to move to Pardubice? Did you get any assistance? Could you tell us how the EURAXESS contact point/international office assisted you?

There was a fair amount of paperwork that needed to be done, but I was continually being updated by Caroline (Novak-Jolly) about what I needed to do or send. She has obviously dealt with many international staff and students, and so the systems were already in place. Everything went smoothly, from accommodation to the visa application, and here I am!

Besides your work at the UPa, what do you do in the Czech Republic (hobbies, job, projects…)?

In South Africa I was involved in several activities, such as singing in choirs, travelling, camping, hiking, running, and being a volunteer firefighter. I also love going to classical music concerts and theatre shows. As I am starting PhD studies this year, I decided to not do too many other things right away, but to focus on my studies. I may audition for the University Choir later in the year, and still travel whenever I get the chance, and have already attended some music concerts and theatre shows.

What is the main difference between Czech culture and South African one?

South Africa is considered what would be called a “collectivistic” society. This means that people are very much focused on each other and relationships with others, even if they are not your direct family. So strangers will chat to each other about some common topic, like the weather or a sports game or some political issue. The Czech society is more “individualistic”, which means that people primarily take responsibility for themselves and their immediate family. This could be quite strange for people coming from other collectivistic societies. But knowing about the differences in the cultures and the reasons for these differences, makes it much easier to adjust to the new environment.

Coming from a country that is really multicultural, it has been different to live in a largely homogenous society in the Czech Republic. In South Africa I would speak several languages in one day: to my students, to colleagues, and to family and friends. Mixing with White, Coloured, Black and Asian people was part of everyday life, and there was something energising about the different cultures. Over here the challenge is rather for me to see beyond what on the surface looks the same: mostly white people. There are still differences, but you have to dig a bit deeper to find out if they are Hungarian or American (my colleagues) Ukrainian (my hairdresser), Russian or Serbian (my classmates in Czech class), or Slovak (some of my students). And the reward is in getting to know them a bit better, and to learn more about them and their backgrounds.

How is life in Pardubice? What do you do in Pardubice that you didn´t do South Africa and vice versa?

Buying food in the beginning was an adventure: I didn’t know if I was buying yoghurt or cream or cream cheese! And looking for things like baking powder is still a challenge. (I am still trying to find household bleach, without success…) The other day I ate raw bacon, thinking it was smoked ham!

One of the biggest differences is that I do not have a car. In SA there is not much in terms of public transport, and most people have cars. So it is a new experience to either take the bus or the bike to get anywhere. In addition, it is much colder in Pardubice than in South Africa. A normal winter’s day would be about 15  ̊C, and if it looked like rain, you would rush inside. If you had told me a year ago that I would be riding my bike in the snow, I would have never believed it!

Do you have a favourite place in Pardubice, or a place where you go to get away?

I really love my flat, so that is a very nice place to be and to relax. The other places that I love are the Galerie Café and Tyršovy sady, and I love riding across the Elbe to work every day.

I was told that you were very talented with languages. Do you know any words in the Czech language? Which other languages do you speak? Could you tell us more about them? Could you share with us a video where we could hear them?

Thanks to the Czech language class for staff and teacher Věra Culková (who is also my colleague at the Language Centre), I am now approaching an A1 level of Czech, which is very exciting. It is not an easy language, but is mostly logical in terms of the rules, so it is a nice challenge. Besides English, my mother tongue is Afrikaans – a language spoken only in South Africa that comes from Dutch, and I can speak some isiXhosa, one of the indigenous African languages of South Africa – the one with all the clicking sounds. And then I also know French and German. I studied both at university, but didn’t have the chance to speak it much in SA, so I am trying to improve in those while I live in Europe.

(I will post a video in which I speak Afrikaans, isiXhosa, and my beginner Czech.)

If someone was coming from South Africa to the Czech Republic, to Pardubice, what advice would you give them?

Bring warm clothes and gloves and get a good English-Czech / Czech-English dictionary or phone app. Learn something about ice-hockey, go to the horse races, get a bike, and drink the local beer.

If our students or staff would like to go to South Africa and/or to the University where you use to work, what would you recommend them or tell them about your country? (Place, book to read, show/film to watch…)

The movie Invictus is a great insight into SA history just after Apartheid ended, and how sport united the country across racial barriers. It is based on the true story of how SA won the Rugby World Cup in 1995.

There is also a very good movie called Tsotsi, which tells the story of a young street robber who steals a car only to discover a baby in the back seat, and how this brings about a change in his life. It won the 2006 Academy Award for Best Foreign Language Film.

I have heard about Trevor Noah about his show in America and the book he wrote “Born a crime”. Is he a nice reference to know more about South Africa and the past and current situation?

Trevor Noah is awesome! He has a white (Swiss) father and black mother, so he can really talk about race issues from a unique perspective. His book is very interesting and gives a very good perspective on life in SA, and the issues around being white and being black in Apartheid South Africa. He has a new show on Netflix, called Son of Patricia, which also shows something about growing up in SA.

Vacant position - post-doc in the field Research into the classification methods for detection and...